Owls are a group of mainly nocturnal (active at night) birds classified as belonging to the order Strigiformes, a group which is most closely related to nightjars (Caprimulgiformes). The order is divided into two families: Tytonidae or Barn Owls and related species, and Strigidae or Typical Owls.
Click Here to see a full list of the World's Owls.

Appearance: A large, round head and huge, forward-facing eyes are features that make an owl instantly recognisable. They also have a sharp, downward-facing beak (or bill), and soft, cryptically coloured plumage. Males and Females are generally similar in appearance, although the female is often up to 25% larger.

Adaptations: Owls are Raptors, or Birds of Prey, which means they hunt other living things for their food, using their special adaptations and unique abilities that set them apart from any other creature.
Exceptional vision, and acute hearing play a major part in an Owl's hunting technique. Couple these with powerful talons and beak, plus the ability to fly silently, and you have a formidable predator, using stealth to hunt down prey.

Owl Pellets: After eating, owls regurgitate pellets, which contain the indigestible bones, fur and feathers of their victims. These pellets can be collected by researchers to study owls' eating habits.

Distribution: Owls are found on all continents except Antarctica, and in a great variety of habitats, from thick forests to open prairies.

Parts of an Owl 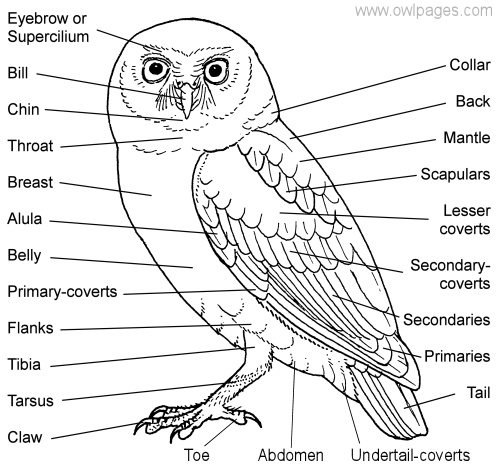 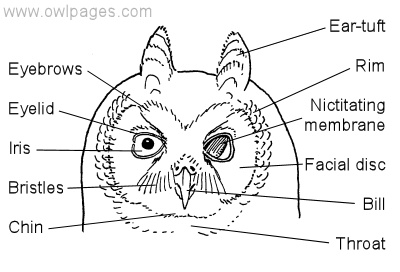 Long-eared Owl face - not all species have ear-tufts 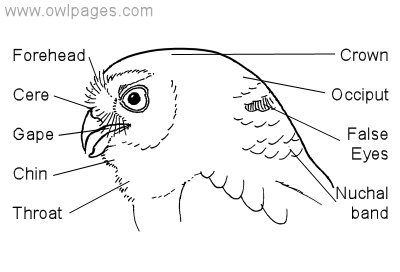 Side view - not all species have false eyes 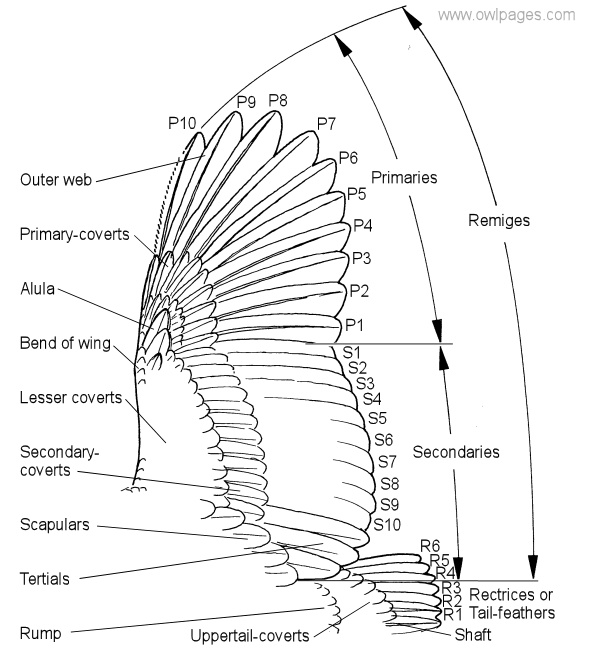