What do Owls eat? Owls are Birds of Prey, which means that they must kill other animals to survive. Their diet includes invertebrates (such as insects, spiders, earthworms, snails and crabs), fish, reptiles, amphibians, birds and small mammals.

The main food largely depends on the species of Owl. For example, Scops and Screech Owls feed on insects mostly, while Barn Owls eat mainly mice, shrews and voles. Larger Owls such as the Eagle Owl will prey upon hares, young foxes and birds up to the size of ducks and gamebirds. Some species have specialised in fishing, such as the Asian Fish Owls and African Fishing Owls. Although certain species have these preferences for food type, most owls are opportunistic, and will take whatever prey is available in the area. 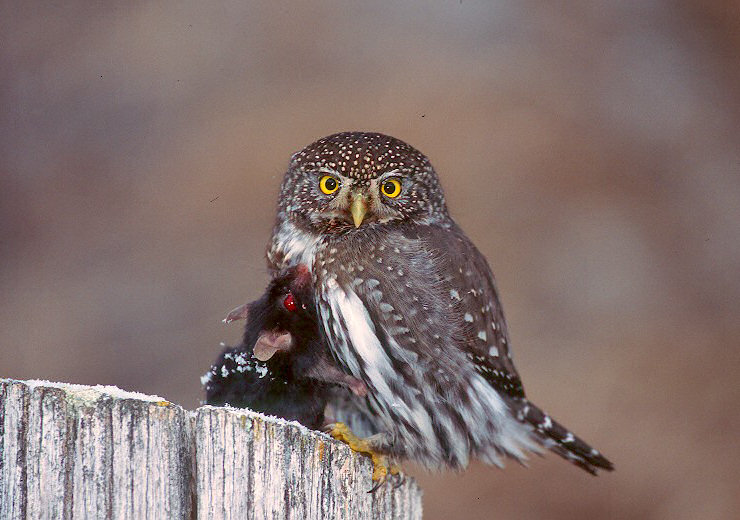 How do owls catch their food? Owls generally have a hunting territory away from their daytime roost.
All Owls are equipped with special adaptations that make them efficient predators. Keen eyesight allows them locate quarry even on dim nights. Sensitive, directional hearing helps locate concealed prey. Some species can even hunt in complete darkness using sound alone to guide them to a successful kill. An Owl's flight is silenced by special wing feathers, that muffle the sound of the air rushing over the surface of the wing. This allows an Owl to hunt by stealth, taking their victims by surprise. It also allows the Owl to listen for prey movements while still flying.

Most species hunt from a perch, such as a low branch, stump or fence post. They will wait for prey to appear, and swoop down with open wings, and their talons stretched forward. Some species will fly or glide a little way from the perch before dropping on the victim. In some cases, the Owl may simply drop on the target, opening their wings at the last moment.

Other species prefer to soar, or make quartering flights, scanning the ground below for a suitable meal. When a target is located, the Owl will fly towards it, keeping its head in line with it until the last moment. This is when the Owl pulls its head back, and thrusts its feet forward with the talons spread wide - two pointing backwards and two forwards.
The force of the impact is usually enough to stun the prey, which is then dispatched with a snap of the beak. 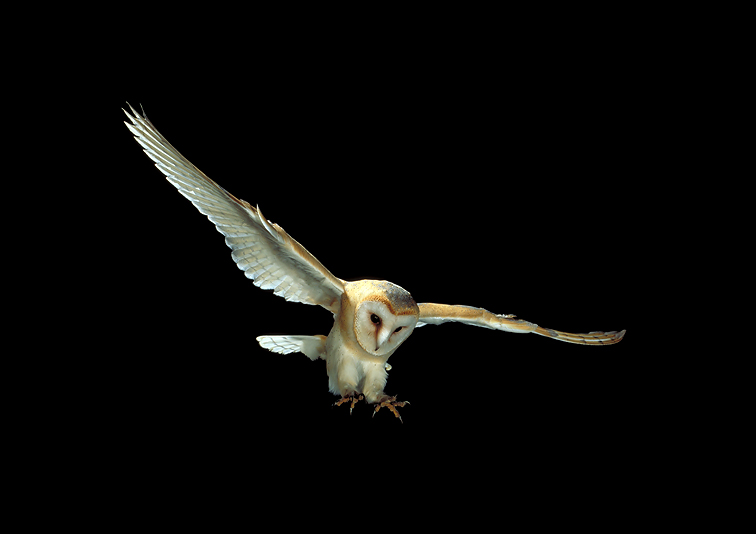 Owls can adapt their hunting techniques depending on the type of prey. Insects and small birds may be snatched in mid air, sometimes after being flushed from the cover of trees or bushes by the Owl.
Owls that catch fish may skim over water, snatching fish on the fly (Pel's Fishing Owl) or, the may perch at the water's edge, grabbing any fish or crayfish that surfaces nearby (Blakiston's Fish Owl). Other species may wade into the water to chase fish, water snakes, crayfish or frogs. 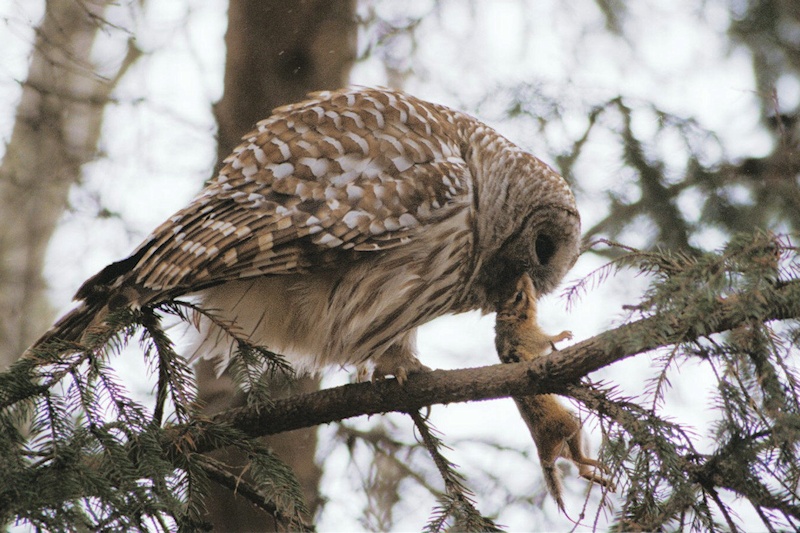 Once caught, smaller prey is carried away in the bill, or eaten immediately. Larger prey is carried off in the talons. An Owl may also adopt a posture known as mantling, shielding the prey with the wings in an apparent attempt to hide it from other predators. 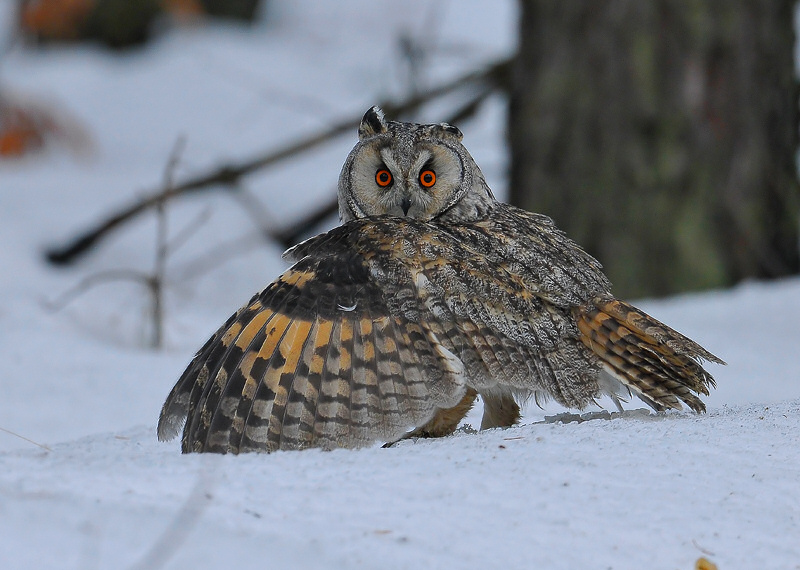 In times of plenty, Owls may store surplus food in a cache. This may be in the nest, or tree hole, or a fork in a branch. In extremely cold climates the cached food may become frozen, and species such as the Saw-whet and Boreal owl will sit on the cached prey item in order to thaw it out before eating it. 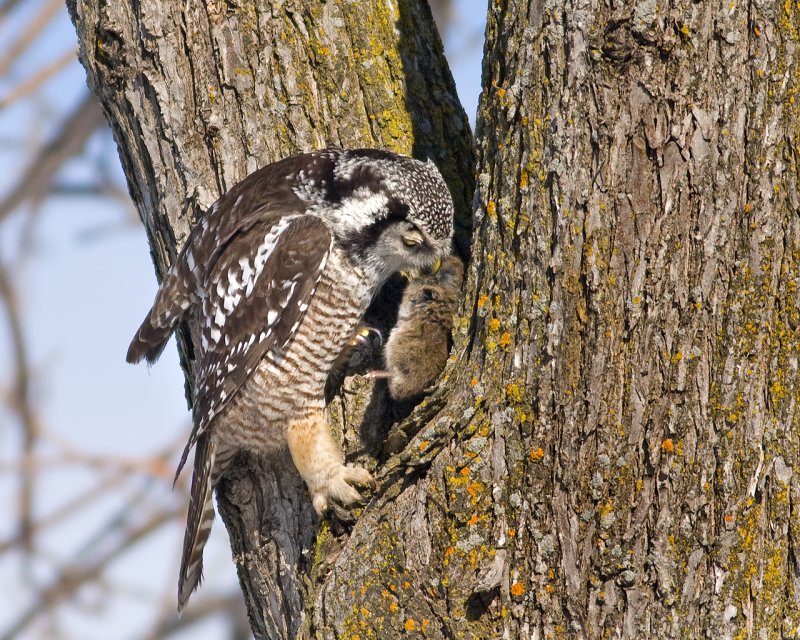