Of all an owl's features, perhaps the most striking is its eyes. Large and forward facing, they may account for one to five percent of the owl's body weight, depending on species. The forward facing aspect of the eyes that give an owl its "wise" appearance, also give it a wide range of "binocular" vision (seeing an object with both eyes at the same time). This means the owl can see objects in 3 dimensions (height, width, and depth), and can judge distances in a similar way to humans. The field of view for an owl is about 110 degrees, with about 70 degrees being binocular vision.

By comparison, humans have a field of view that covers 180 degrees, with 140 degrees being binocular. A woodcock has an amazing 360 degree field of view, because its eyes are on the side of its head. However, less than 10 degrees of this is binocular.

Cross-section of an owl eye

An owl's eyes are large in order to improve their efficiency, especially under low light conditions. In fact, the eyes are so well developed, that they are not eye balls as such, but elongated tubes. They are held in place by bony structures in the skull called Sclerotic rings. For this reason, an owl cannot "roll" or move its eyes - that is, it can only look straight ahead! 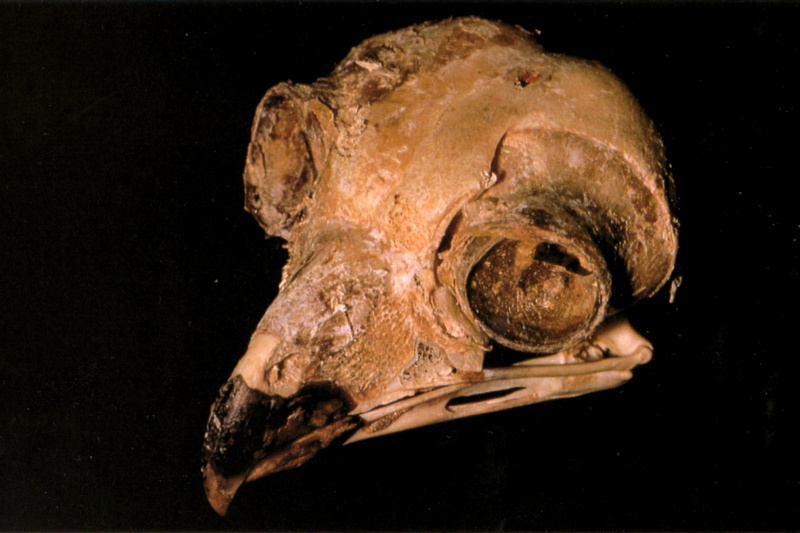 The owl more than makes up for this by being able to turn its head up to 270 degrees left or right from the forward facing position, and almost upside down. There are several adaptations that allow this, outlined in the owl skeletal system article.

As most owls are active at night, their eyes must be very efficient at collecting and processing light. This starts with a large cornea (the transparent outer coating of the eye) and pupil (the opening at the centre of the eye). The pupil's size is controlled by the iris (the coloured membrane suspended between the cornea and lens). When the pupil is larger, more light passes through the lens and onto the large retina (light sensitive tissue on which the image is formed).

The retina of an owl's eye has an abundance of light-sensitive, rod-shaped cells appropriately called "rod" cells. Although these cells are very sensitive to light and movement, they do not react well to colour. Cells that do react to colour are called "cone" cells (shaped like a cone), and an owl's eye possesses few of these, so most Owls see in limited colour or in monochrome.

Since owls have extraordinary night vision, it is often thought that they are blind in strong light. This is not true, because their pupils have a wide range of adjustment, allowing the right amount of light to strike the retina. Some species of owls can actually see better than humans in bright light.

To protect their eyes, owls are equipped with 3 eyelids. They have a normal upper and lower eyelid, the upper closing when the owl blinks, and the lower closing up when the owl is asleep. The third eyelid is called a nictitating membrane, and is a thin layer of tissue that closes diagonally across the eye, from the inside to the outside. This cleans and protects the surface of the eye. 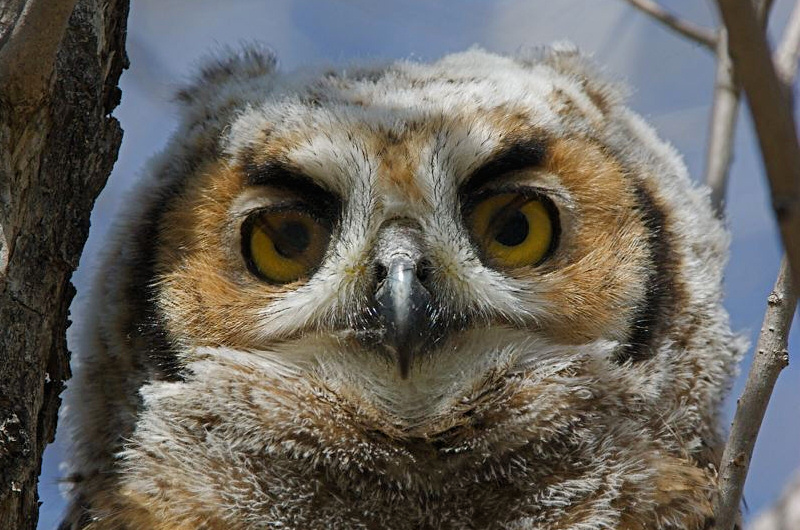