Like other birds, Owls cannot chew their food - small prey items are swallowed whole, while larger prey are torn into smaller pieces before being swallowed. Some Owl species will partially pluck bird and larger mammal prey.

Unlike other birds, Owls have no Crop. A crop is a loose sac in the throat that serves as storage for food for later consumption. Since an Owl lacks this, food is passed directly into their digestive system.

The first part is the glandular stomach or proventriculus, which produces enzymes, acids, and mucus that begin the process of digestion.

The second part is the muscular stomach, called the Ventriculus, or gizzard. There are no digestive glands in the gizzard, and in birds of prey, it serves as a filter, holding back insoluble items such as bones, fur, teeth and feathers (more about this below). 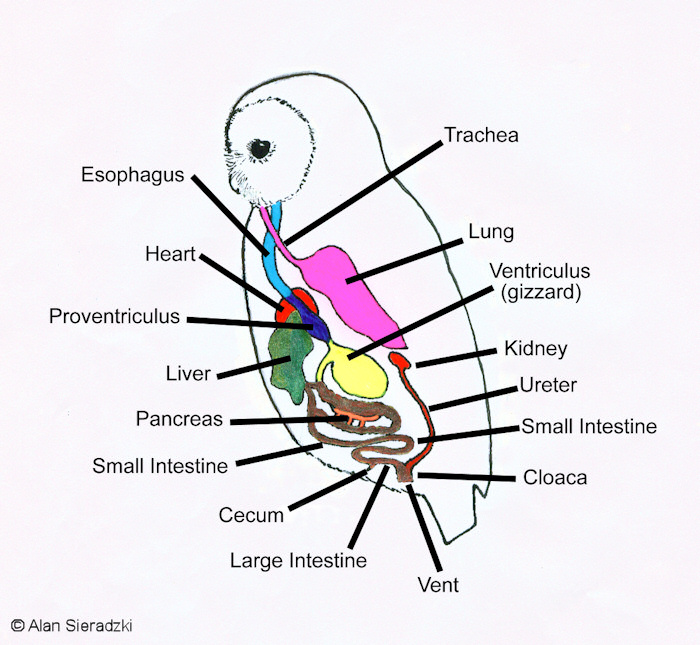 The soluble, or soft parts of the food are ground by muscular contractions, and allowed to pass through to the rest of the digestive system, which includes the small and large intestine. The liver and pancreas secrete digestive enzymes into the small intestine where the food is absorbed into body. At the end of the digestive tract (after the large intestine) is the cloaca, a holding area for wastes and products from the digestive and urinary systems. The cloaca opens to the outside by means of the vent. Itis interesting to note that birds (apart from the Ostrich) do not have a bladder. The excretion from the vent is largely made up of an acid which is the white part of a healthy dropping.

Several hours after eating, the indigestible parts (fur, bones, teeth & feathers that are still in the gizzard) are compressed into a pellet the same shape as the gizzard. This pellet travels up from the gizzard back to the proventriculus. It will remain there for up to 10 hours before being regurgitated. Because the stored pellet partially blocks the Owl's digestive system, new prey cannot be swallowed until the pellet is ejected. Regurgitation often signifies that an Owl is ready to eat again. When the Owl eats more than one prey item within several hours, the various remains are consolidated into one pellet. 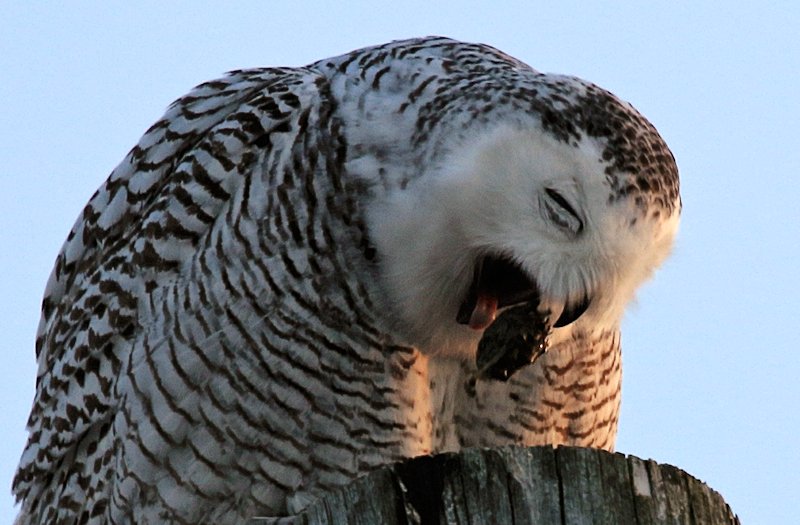 The pellet cycle is regular, regurgitating the remains when the digestive system has finished extracting the nutrition from the food. This is often done at a favourite roost. When an Owl is about to produce a pellet, it will take on a pained expression - the eyes are closed, the facial disc narrow, and the bird will be reluctant to fly. At the moment of expulsion, the neck is stretched up and forward, the beak is opened, and the pellet simply drops out without any retching or spitting movements.

Owl pellets differ from other birds of prey in that they contain a greater proportion of food residue. This is because an Owl's digestive juices are less acidic than in other birds of prey. Also, other raptors tend to pluck their prey to a much larger extent than Owls. 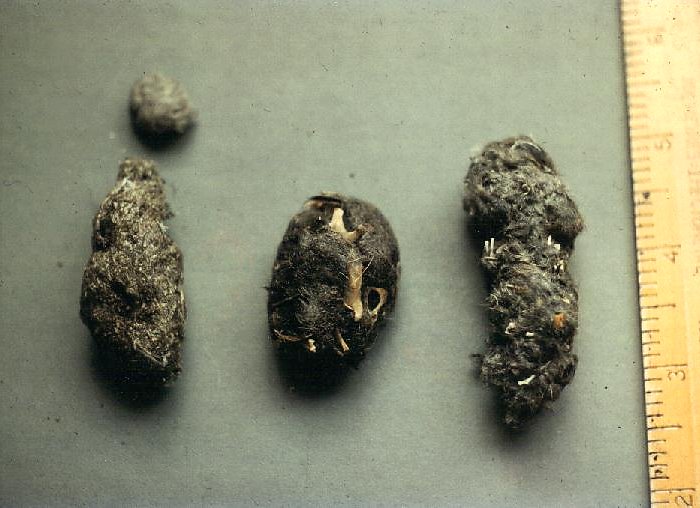 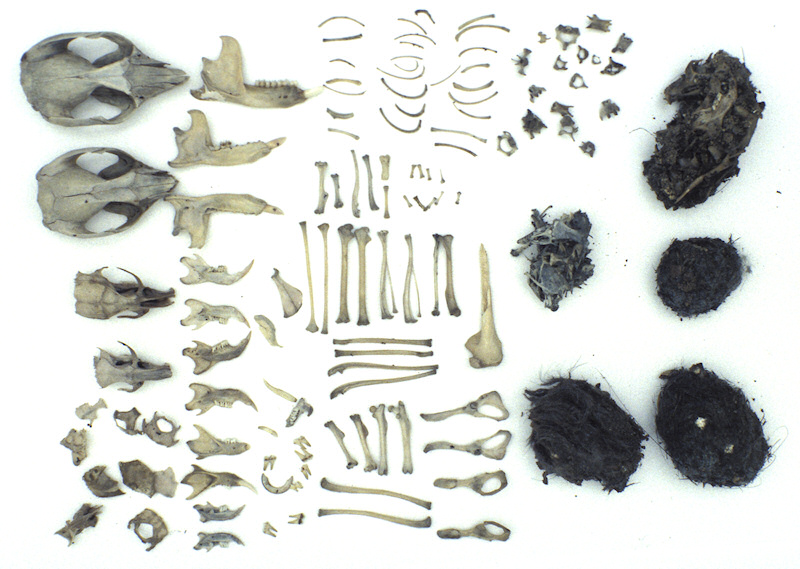