The WWF Refuge Le Foppe lies in the Po Plane (Lombardy, Northern Italy), nearly 25 kms to the east of Milan. It is a small (5.5 ha) and level protected area, characterized by the occurrence of important species. The word "Foppe" (local dialect) means "holes". Several ponds (the "Foppe")  are the most typical character of the reserve, they used to be holes, whose origin is related to the past quarrying of clay.

The area has been subjected to a process which transformed it in a natural environment. A wood characterized by the presence of ponds has grown. The Tawny Owl Strix aluco is the prevailing predator.

Our group have been carrying out a study on the status, the ecology and the ethology of this raptor in the area for two years. Six birdhouses have been placed in the wood. One of them has been used by a breeding couple in 2000 and in 2001. 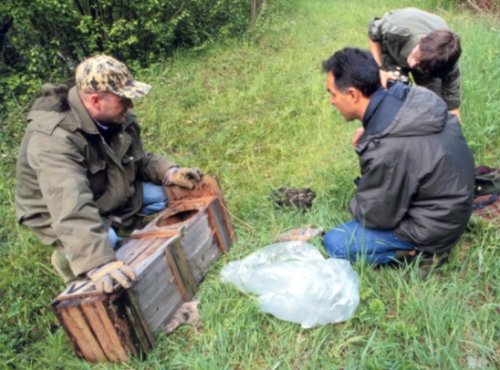 Work around the nest of Tawny Owl in the Foppe's reserve 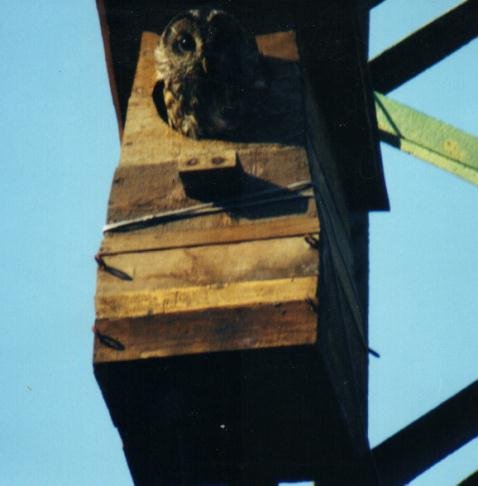 In a recent review of the Tawny Owl diet in the Palearctic area, P. Galeotti (2001) has pointed out and stressed a strong occurrence of birds.

During the two breeding seasons studied, the birdhouse was examined and two predations never recorded in Italy have been discovered: a Moorhen (a claw was found in the nest box) and a Grey Partridge Perdix perdix (several plumes turned out to be in the nest box). Both birds were adult. The occurrence of the latter is to be related to introductions for hunting purpose. The predation occurred in the fields near the reserve and was probably favoured by the lack of experience of a bird not used to living in natural environments. 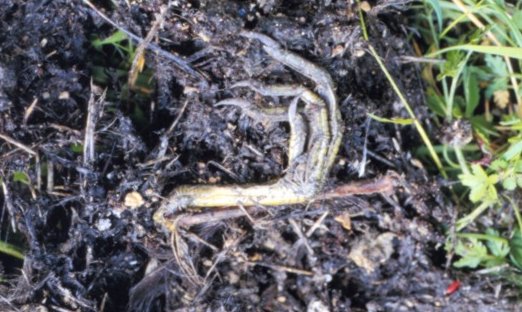 Leg of Gallinula chloropus (Moorhen) into the nest of Strix aluco

The Moorhen is the commonest water bird in the reserve and it is likely to have been predated near the Tawny Owl nest, where ponds frequented by Moorhens occur.

Further studies will be carried out and we hope to define better the diet of the Tawny Owl in this area.

We would thank for their help during our study: Alessandro Villa, Stefano Benini, Claudio Crespi, and Alberto Confalonieri.