Hatching of a Little Owl

May 26th 2001 we were lucky to observe the hatching of a Little Owl in our study-area in the eastern part of The Netherlands. The nesting place is located under the roof of a small, old barn belonging to a former farm.

On April 28th we found 4 incubated eggs in the nest. On May 26th, at 14H45, we found 2 owlets and 2 eggs. The two young were hatched probably a few hours before, because of their downy feathers were almost dry. The weight of the owlets was 10.8 en 10.6 g. One egg wasn’t broken yet, but we could hear the owlet peeping and it was busy to break the egg scale by his bill. That egg had a weight of 12.7 g. The other egg was already broken in the middle for about 80-90% around. The young in it was peeping. While we were marking the 2 young for individual recognition at the next nest visit, it tried to free itself. It went rather quickly: the young in the broken egg pushed the egg scale by his back and head into two pieces. First his head became visible and then the young released itself from the egg scale. After this process, which took place in just a couple of minutes, the young seemed to be worn-out and layed down almost motionless for a few seconds. Quickly we weigh the newborn owl (10.1 g) and the egg scale (1.7 g). 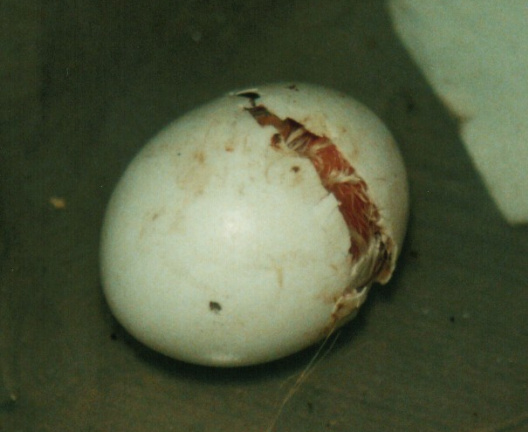 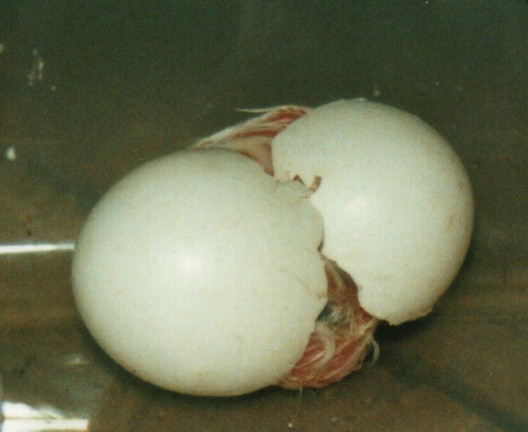 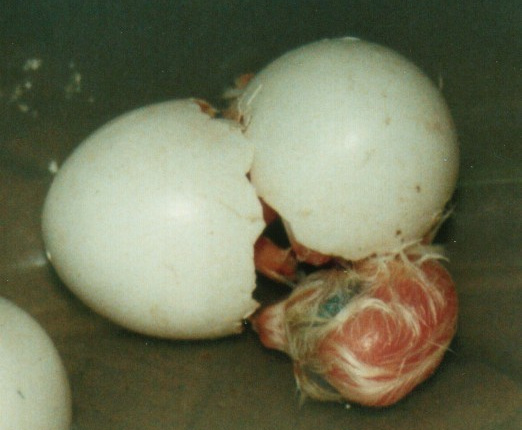 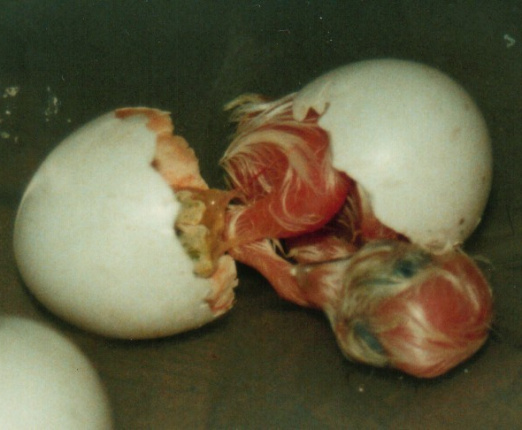 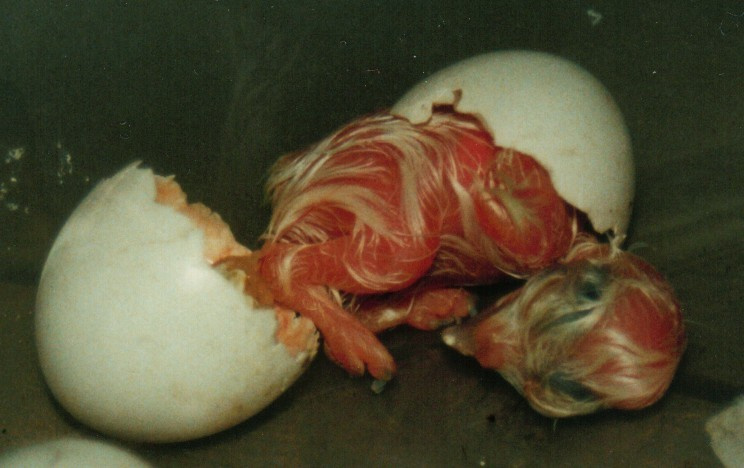 We want to underline that we didn't manipulate the hatching. We only observed it. The nest visit took less than 10 minutes time.