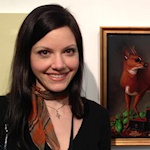 To create her unusual paintings, Madeline von Foerster uses a five century-old mixed technique of oil and egg tempera, developed by the Flemish Renaissance Masters. Although linked stylistically to the past, her paintings are passionately relevant to the present, as such timely themes as deforestation, endangered species, and war find expression in her work.

Von Foerster's artworks are in collections around the world and have been featured in numerous publications, including "100 Painters of Tomorrow" (Thames and Hudson, 2014). 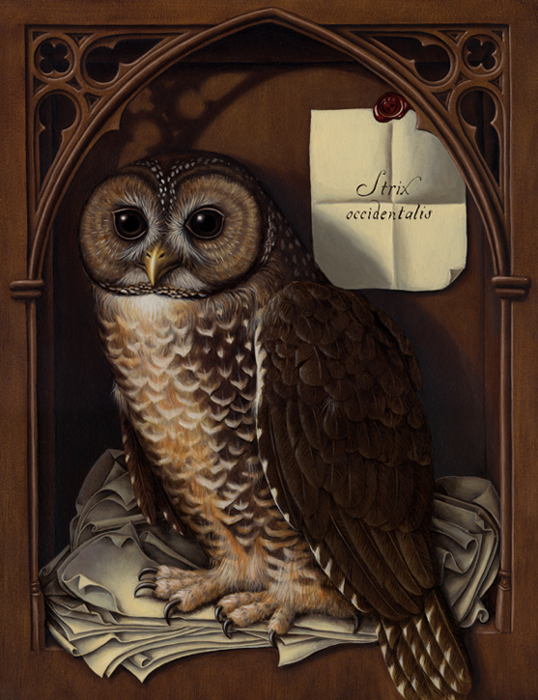 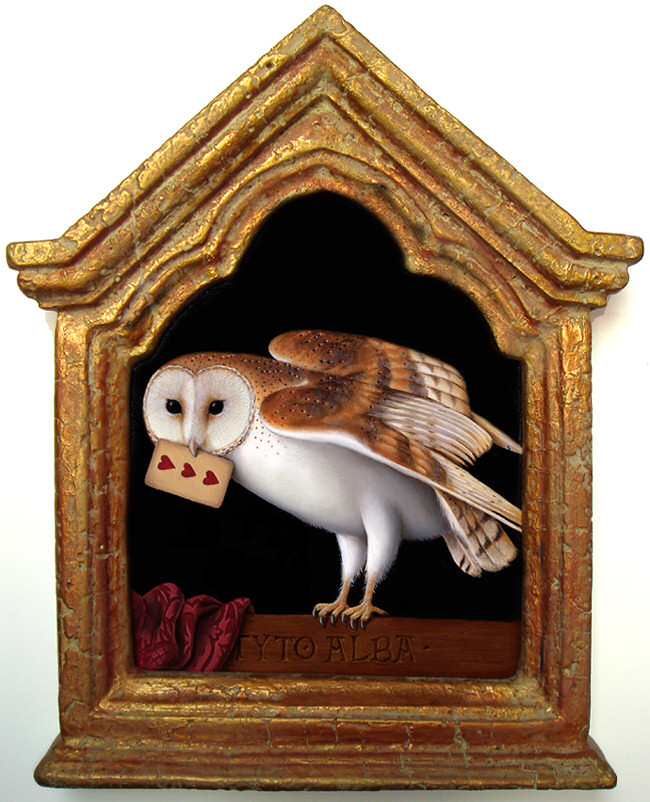 "A continuing theme in my art is my fascination with things that frighten, or used to frighten me. As a child, I would purposely, and enjoyably, scare myself, by peeking at pictures of barn owls. Their white faces and impossibly dark eyes made me think they were related to ghosts. Now, perhaps predictably, they are my favorite birds! Their heart-shaped faces now seem innocent and adorable to me. This painting is an expression of my love for this unique creature." 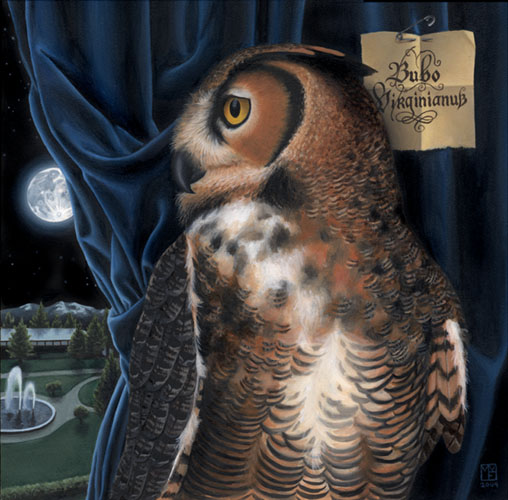 Commissioned work for the cover of the alumni magazine for Oregon Tech, whose mascot is the Great Horned Owl 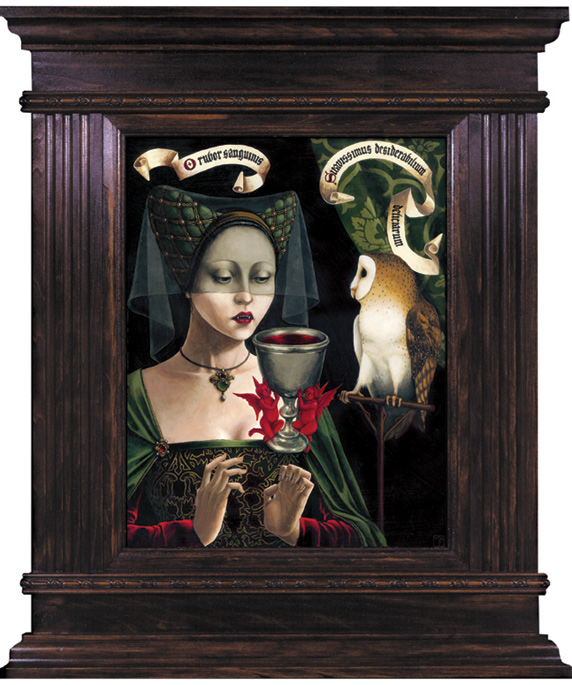 "O Rubor Sanguinis" Acrylic on panel in wood frame 27x21". 2000.
Advertisement for "The Long Black Veil", a vampire club. Featured in The Society of Illustrators 43rd annual exhibition and book. Translation of text: "O the redness of the blood; sweetest of all desired delights".