Here we meet a famous mystery owl, usually referred to as the "San Isidro Owl" because Cabañas San Isidro near Baeza in eastern Ecuador is the very best place to see this owl (and one of only a few locations where they have been recorded). The "San Isidro Owl" looks like a hybrid between Black-banded Owl (Strix huhula) and Black-and-white Owl (Strix nigrolineata); however it occurs at higher elevation than either of those species (approx 2000 m above sea level). The current thinking is that this might be an unnamed subspecies of Black-banded Owl, despite the fact that the song seems more similar to that of Black-and-white Owl. Further genetic studies are required to resolve this. Despite the great mystery surrounding this owl, they are actually easy to see hunting moths under the lights at Cabañas San Isidro, where I took this photo. It was a great feeling to catch up with this avian enigma (even if it doesn't really fit on any "list") 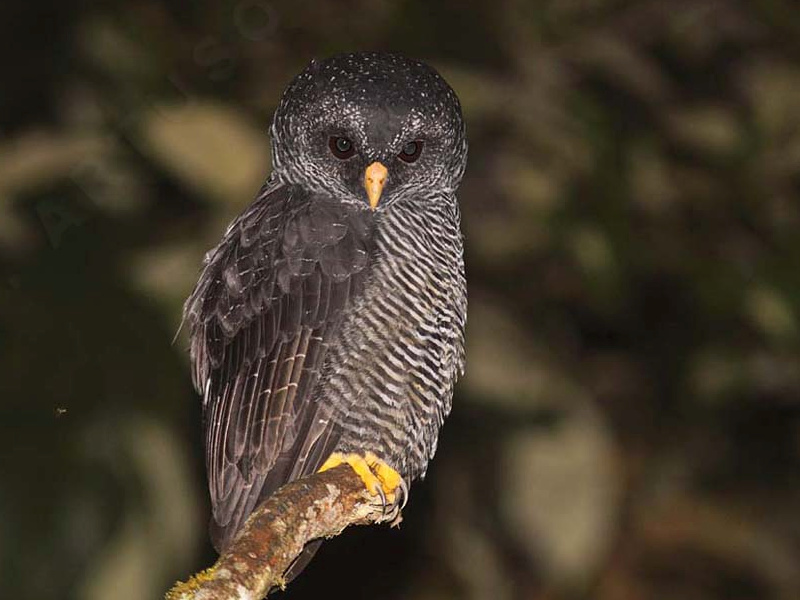 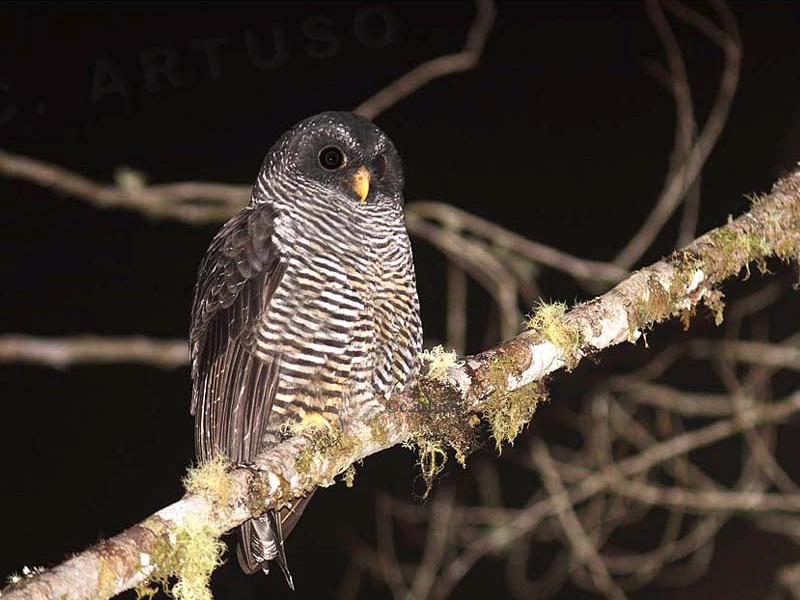