I have been watching this pair of Powerful Owls since 2005 (in Engadine, New South Wales, Australia).

In 2010, I found the female was missing an eye but could still hunt successfully and she raised two chicks.

In 2012, I noticed that the female and the male were both missing an eye and they didn't breed that year.

In 2013, they did breed and managed to fledge one chick. Quite remarkable I reckon! I noticed the chick also had an eye problem and consulted a well-known avian vet. In his opinion these eye problems are all the result of physical injury and not eye disease. 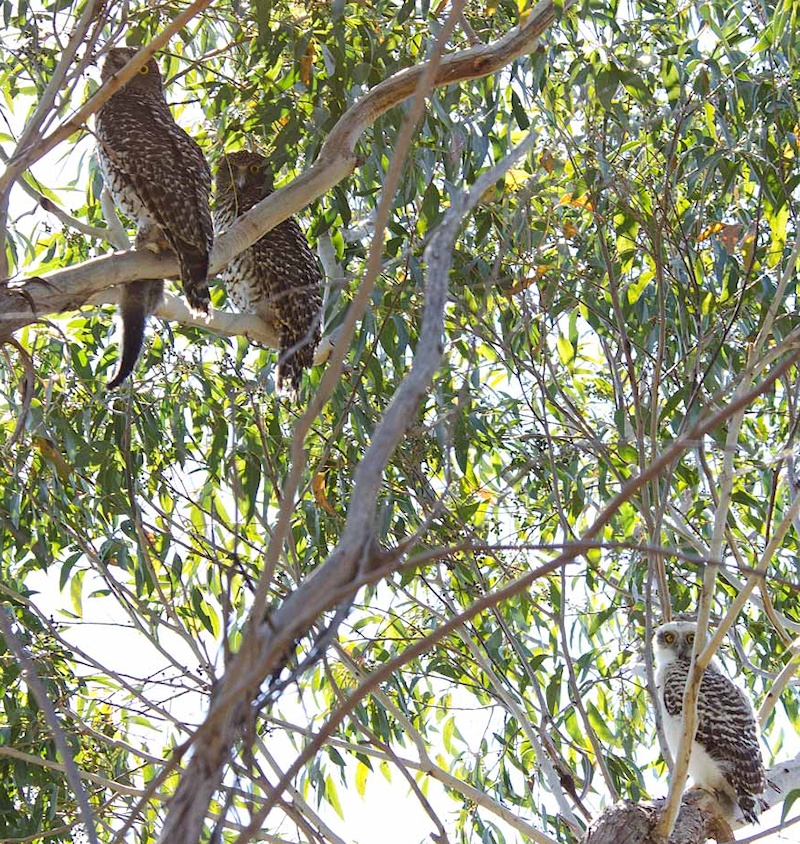 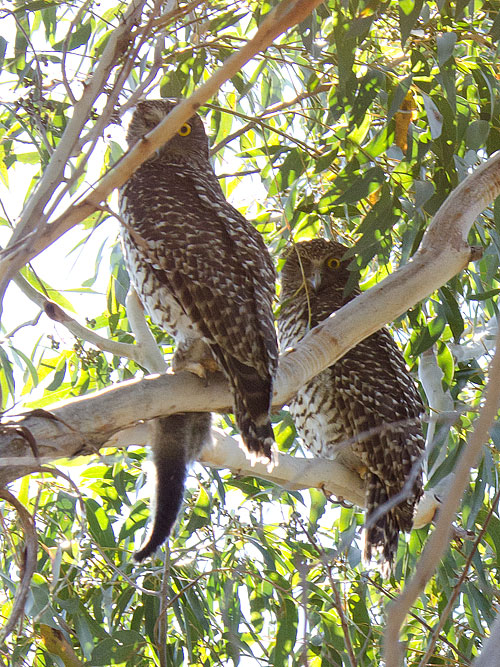 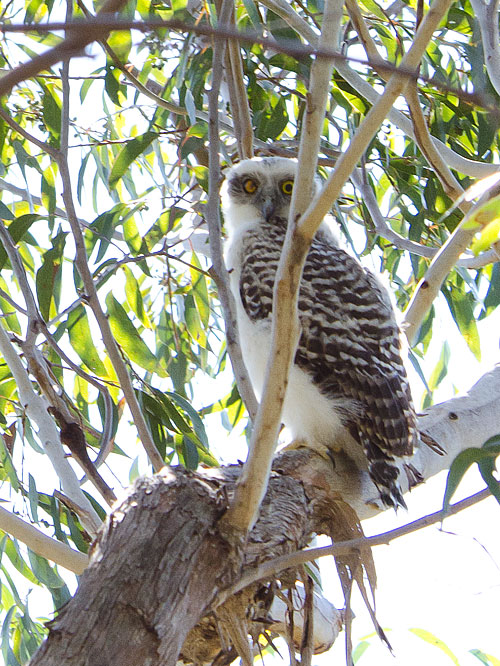 This article also appeared on page 60 of the December 2013 edition of Australian Birdlife.