The following sculputres were part of Deanna Lemna's "North American Owls" exhibition held at the Kerry Wood Nature Centre in Red Deer, Alberta, Canada from March 4th to April 9th, 2006. There were 30 sculptures in the exhibition. They depict all the adult owls at about 1/3 their actual size, as well as selected young and juveniles (not to scale). The sculptures are done in air-dried clay and painted with acrylics. They are mounted on bits of branches and/or boards. Some of them have small touches that show something of the background in which they're found - leaves, painted aspen trees, etc.

Deanna unfortunately passed away in May 2013. 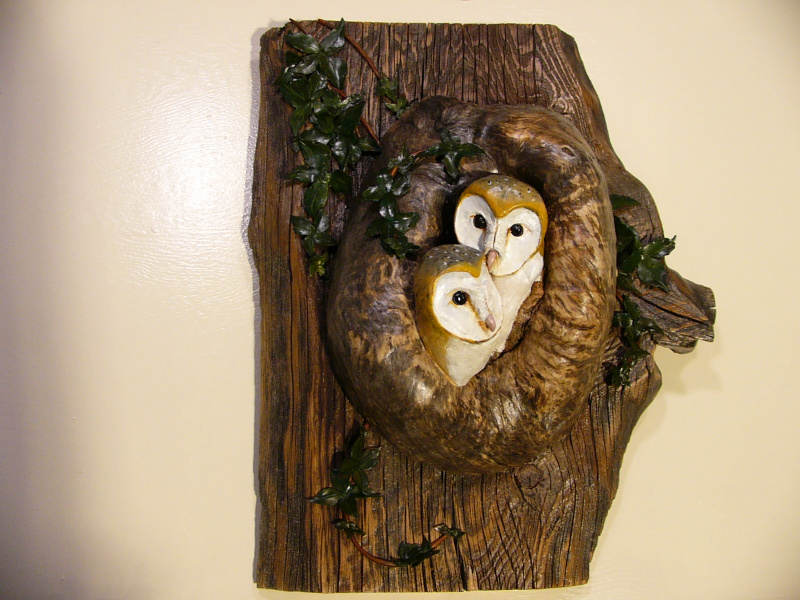 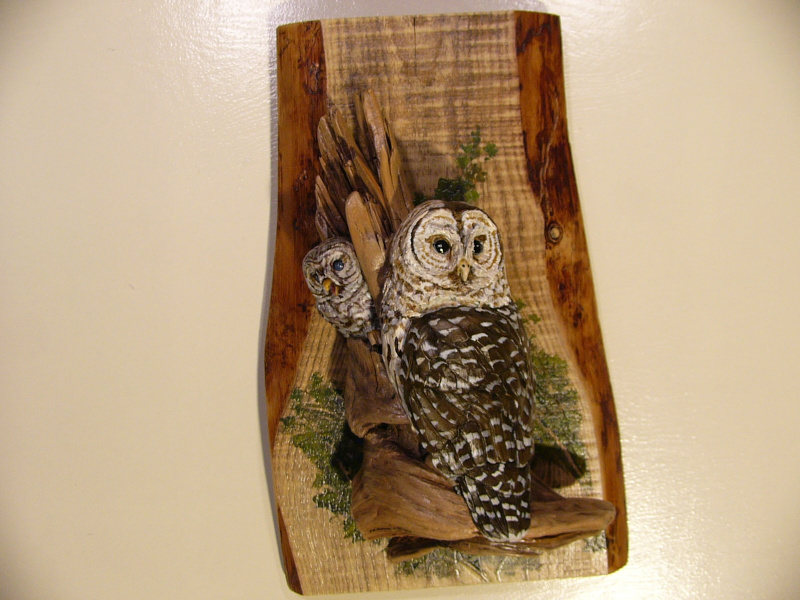 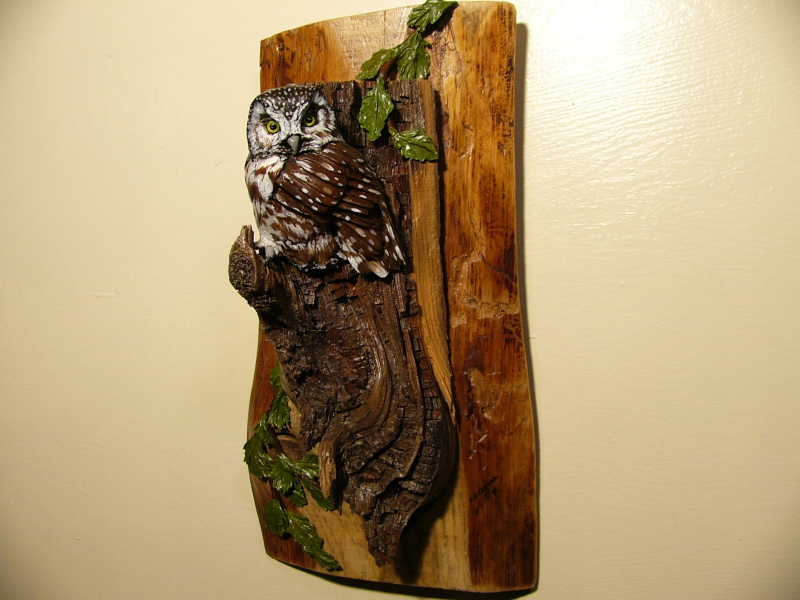 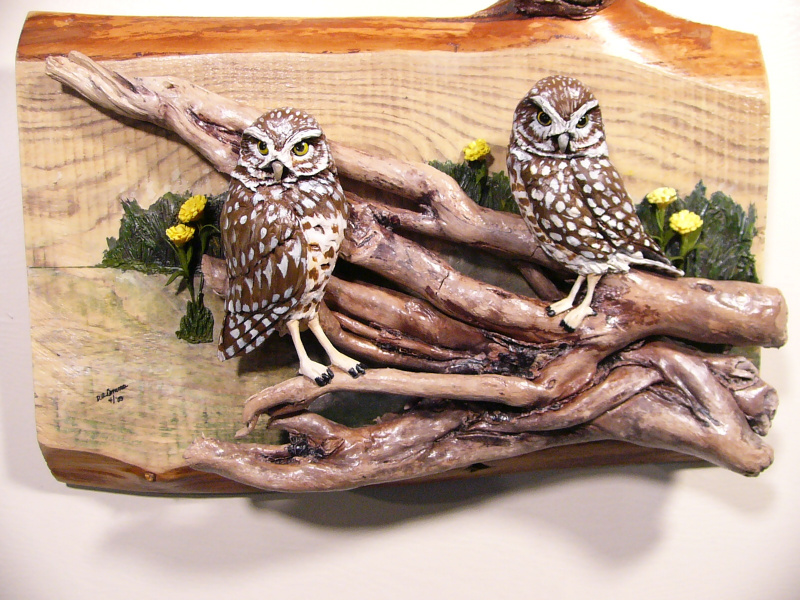 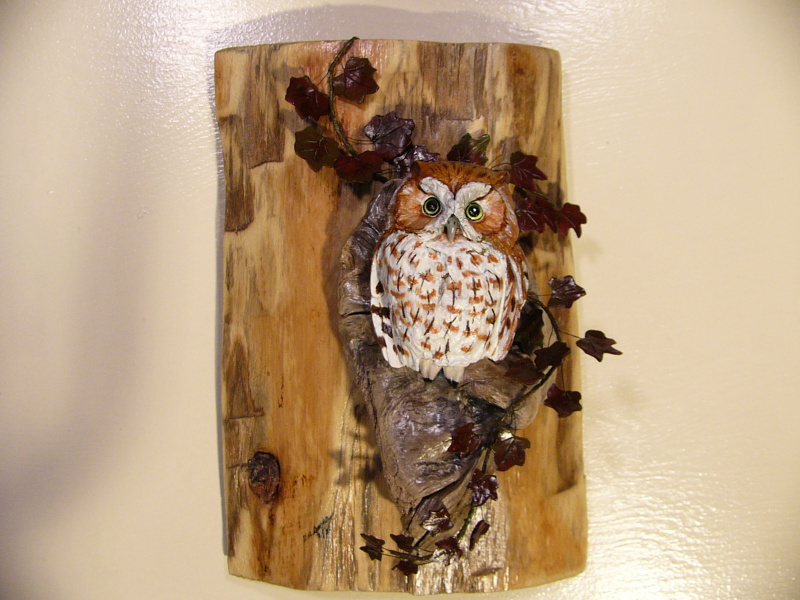 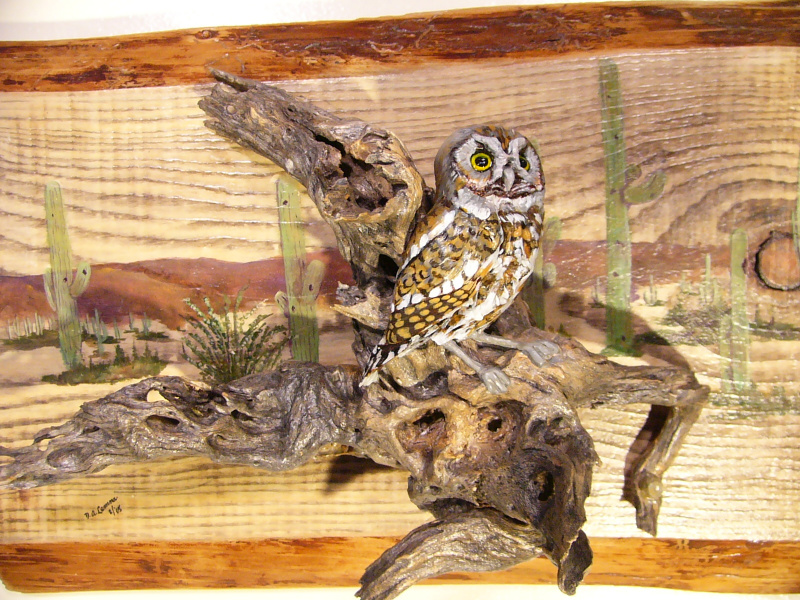 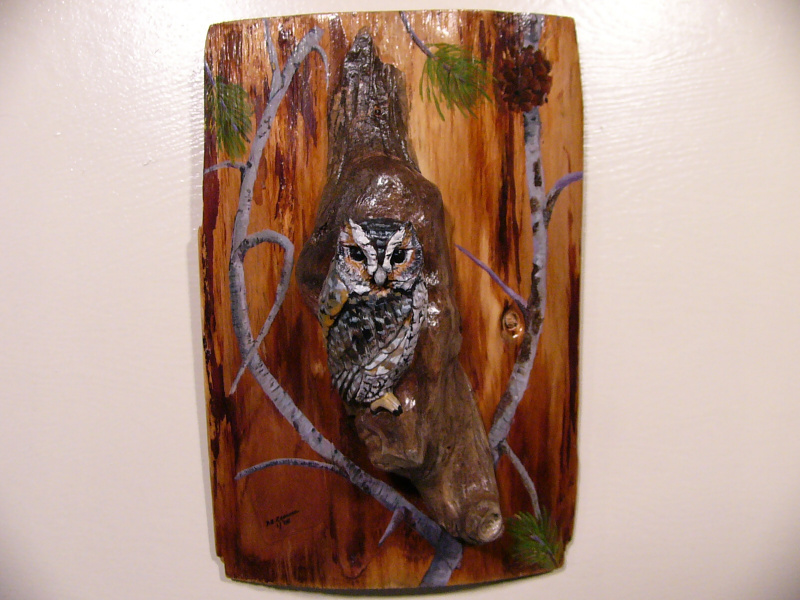 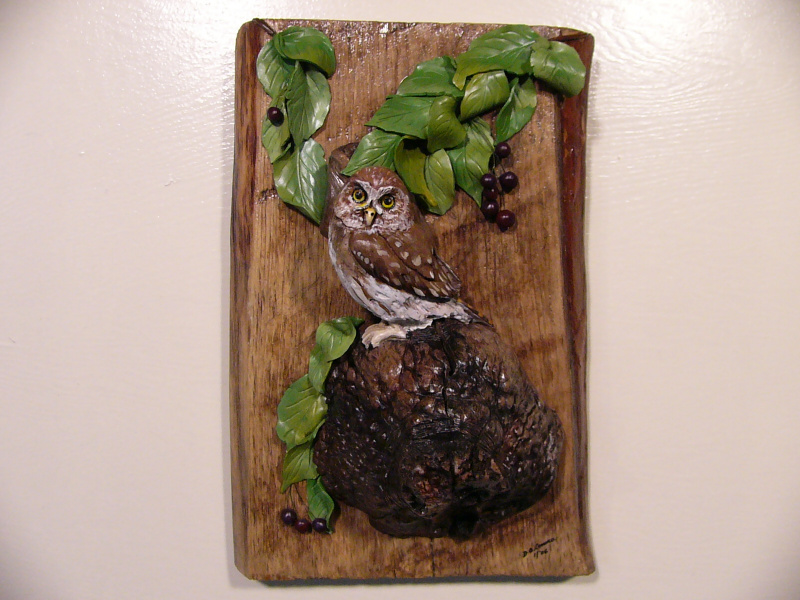 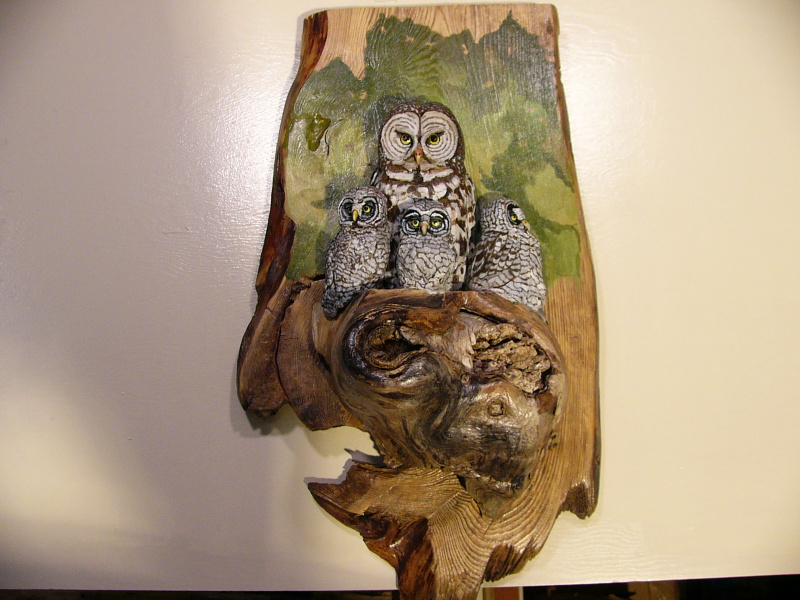 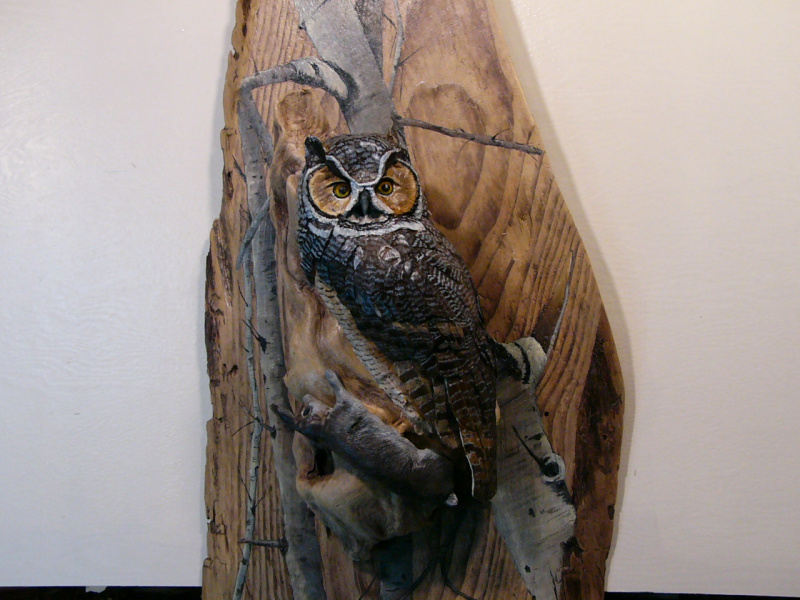