I thought I'd share my Athene cunicularia story with you.

One Saturday morning, tripod in hand, I went out of my brother-in-law's house to get a panorama of his city (Ponta Grossa, Paraná Brazil). As I passed by this tree in the neighborhood playground I heard a screeching sound.

Realizing that it came from the tree next to me I looked up to see what it was. It was a full-grown female Burrowing Owl sitting on a branch just as pretty as can be. "Wow! I must get a shot of her," I thought to myself!

Heart beating wildly I set my tripod down, but because the last setting on the tripod left one leg shorter than the other two it fell to the ground. The noise startled her and she jumped from the tree and perched on the ground just inside this area that was surrounded by a two foot tall green plastic fence. 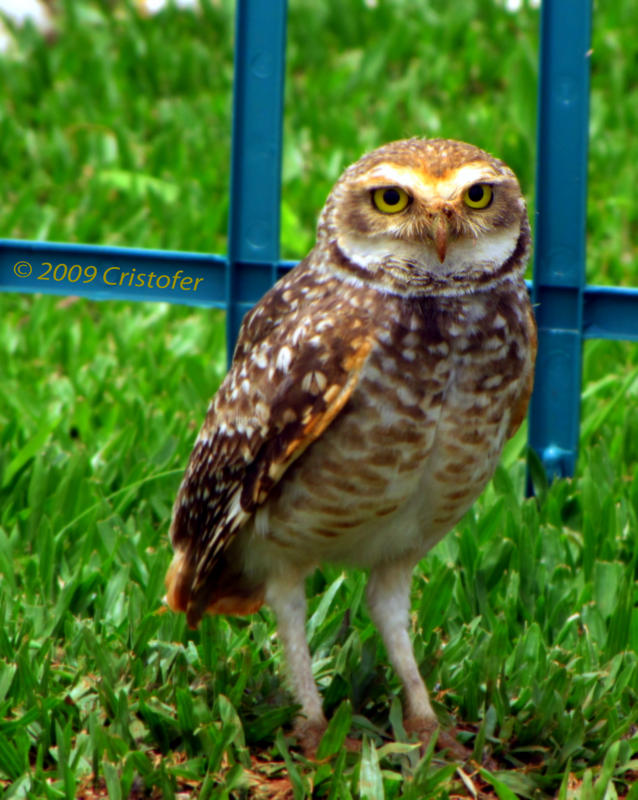 I got a couple shots of her but then she flew about 3 meters away and lighted on a metal yield sign. 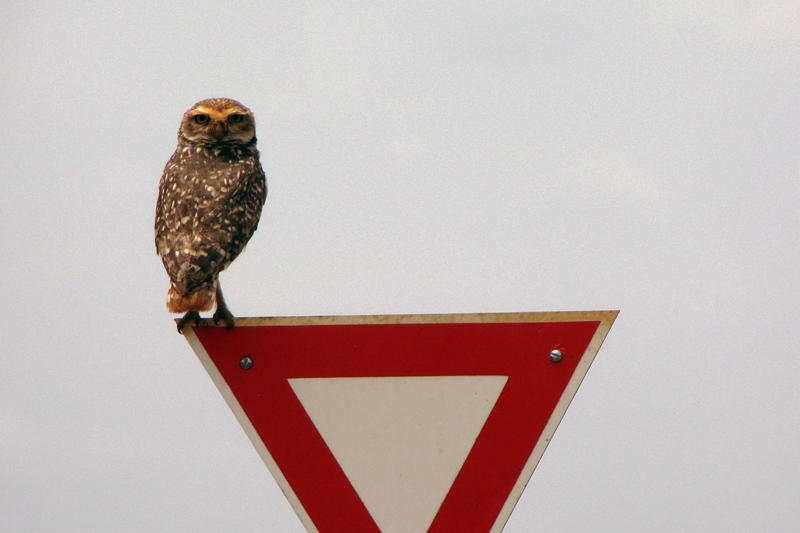 Just then another Burrowing Owl (apparently the male) swooped down onto the mound which (at the time) I had NO idea was their home. He opened his wings wide and began screaming at me. After a couple of shots of him doing this wild "war dance" I went off to get my shooting done elsewhere. 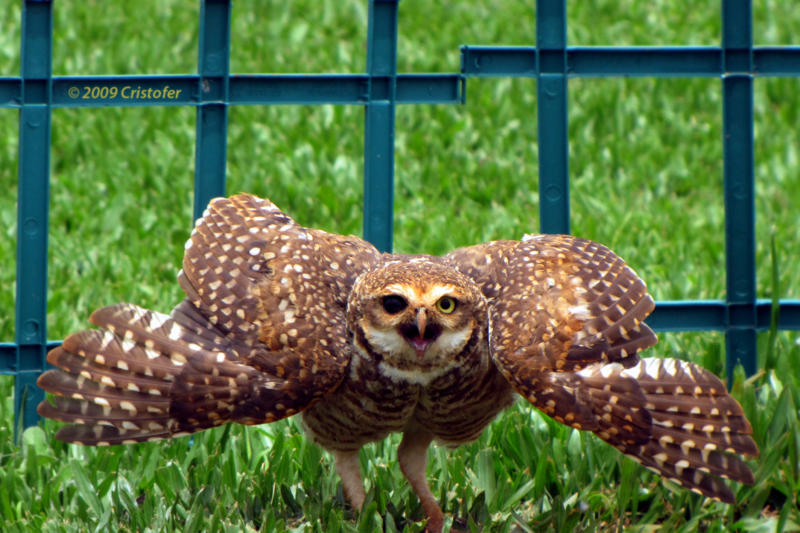 When I was on my way back he was still in the fenced-in area and wings wide open began screeching again. I opened my tripod base and held it in front of me like a shield lest he attack.

Suddenly he turned and jumped face first into this foot-wide hole in the ground. That's when I realized he was just protecting his home and that there must be some owlets down in there. 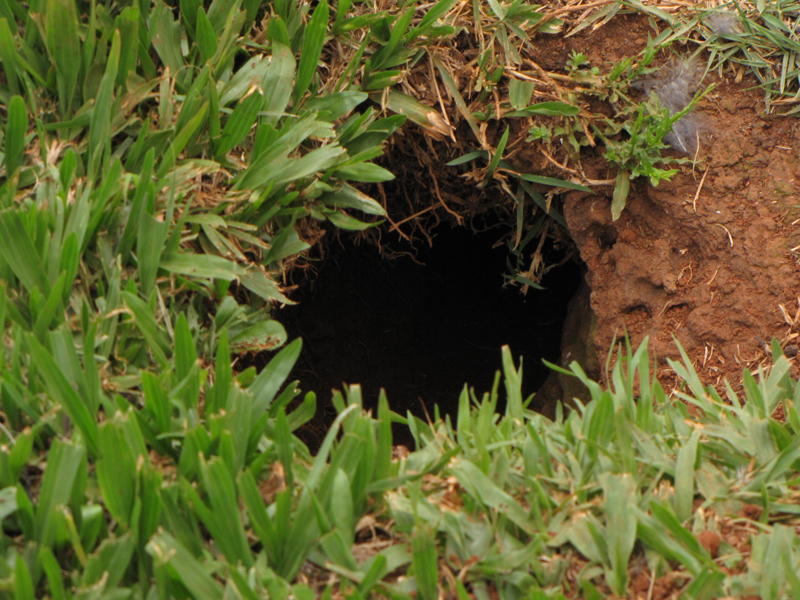 Also I realized someone from the neighborhood must have placed the fence there to keep people from walking on these owls home. In the end he came back out and both male and female stood hovering over the hole guarding their precious babies. 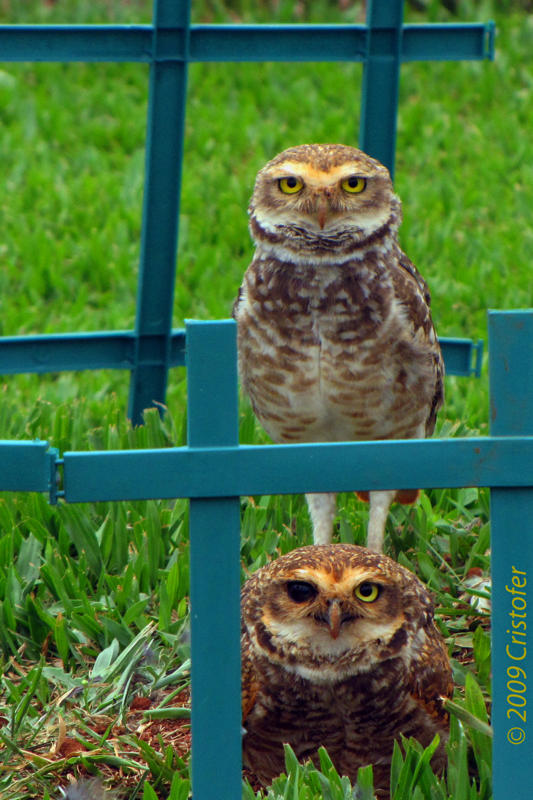 It's not much, but there it is: the story of my first encounter with a couple of Burrowing Owls. Hope you enjoyed it.