Observations of a pair of Powerful Owls

I was looking at your Owl Pages entry for Powerful Owls and in particular at "Voice":

There are also various other calls associated with breeding and nesting, including a strange, tremulous, sheep-like bleating uttered be either sex around the nest. This may show anger (when it becomes almost a snarl), anxiety or be used by the female when the male is returning with food.

I am a regular observer of a pair that roost in [Sydney] as they are behind our house. I have heard the bleating call occasionally but found it difficult to determine which of the family group was making the call.

Around 14:20 on 19th November 2005 I was watching the family group. The 2 adults were on one branch facing the juvenile who was on another branch about 2 metres away. The 2 adults moved closer to one another until they were shoulder to shoulder and the male started the soft bleating whistle. The female gently nibbled his toes and rubbed her head against his chest and when she sat up, the male rubbed his cheek over her breast and neck. 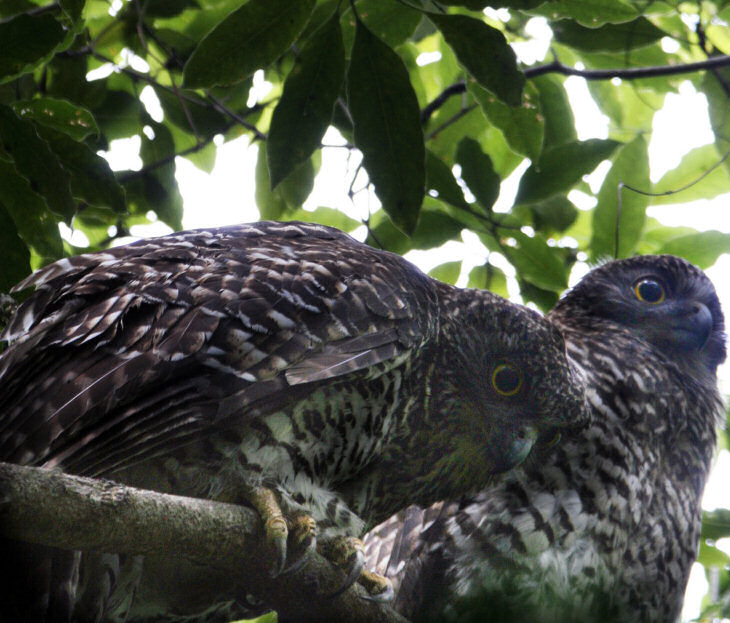 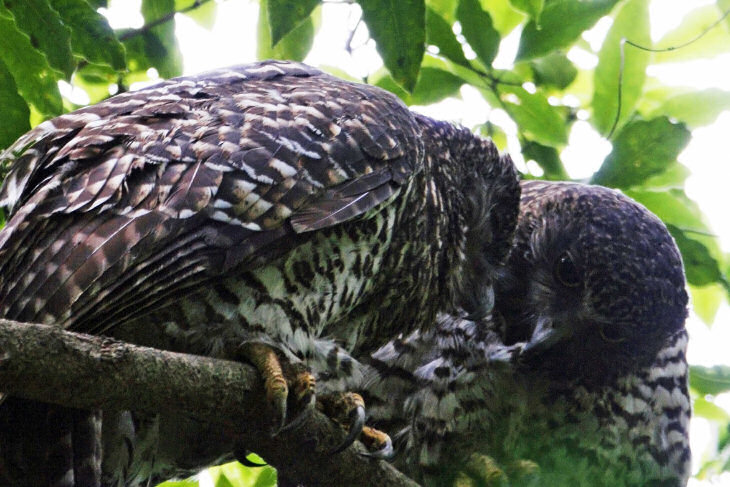 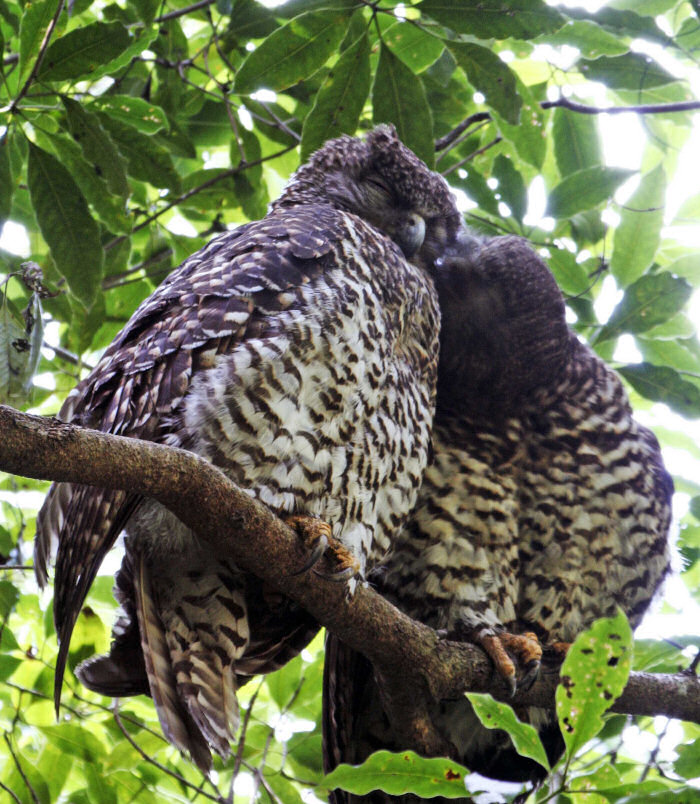 The whistling seemed to come from both of them. It was difficult to identify which of the adults it was who was whistling, as the only clue was the breathing rhythm, but I was sure it wasn't the juvenile who would be distracted by other bird movements. They continued behaving very affectionately towards one another for about 30 minutes before drifting off to sleep again. The quavering whistle was soft and a suitable anthropomorphic sound track to the cuddling going on. The cuddling was not unlike the budgerigar grooming but slow, graceful and complex.