Monday 17th of April, 2006 - A pair of Great Horned Owls live in our Britannia Conservation Area in the city of Ottawa, Ontario, Canada - along the Ottawa River in Britannia Woods. Because the season had been warmer, the chicks were born almost 3 weeks earlier, and we watched 2 of them growing in their nest.

I happened to be in the right place at the right time... watched the entire procedure.

The adult male flew in with half a rabbit dangling from its beak, showed it to the 2nd young owl which was sitting on a branch close to the nest. Now Dad's been trying to get the young critter to fly, so he flies to a tree close by and calls to the chick to fly.

The chick was TOO busy looking around and down at us... Dad flies to a second tree... same reaction... Dad flies back to same tree, but a few branches above, dangling dinner... coaxing until the little fur-ball finally flies up to him. We cheered!

The owl tore strips of rabbit to give to the little one. Did it ever eat a lot! When the chick had had enough, Dad finished off the rabbit. 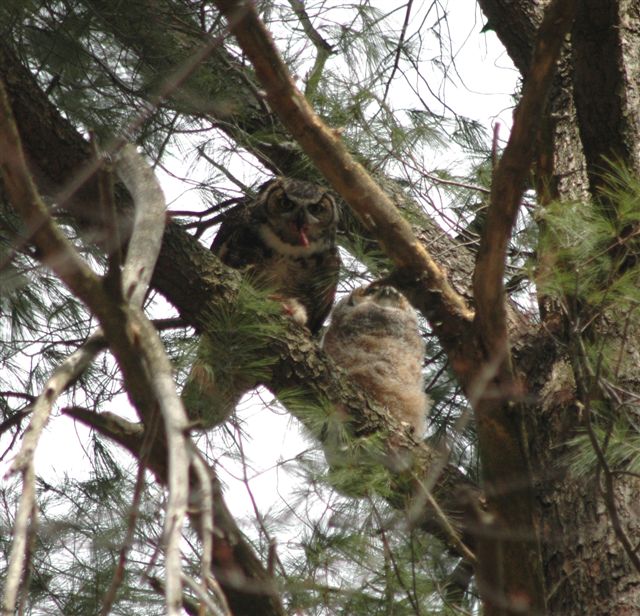 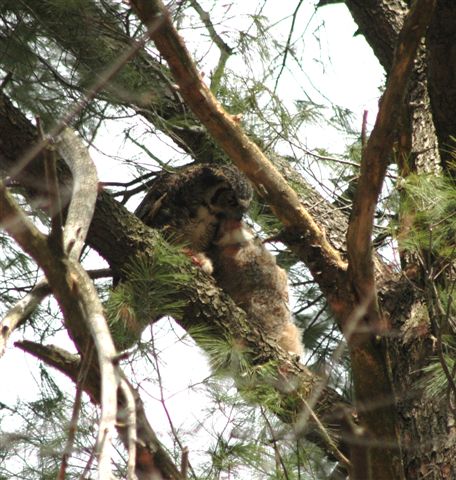 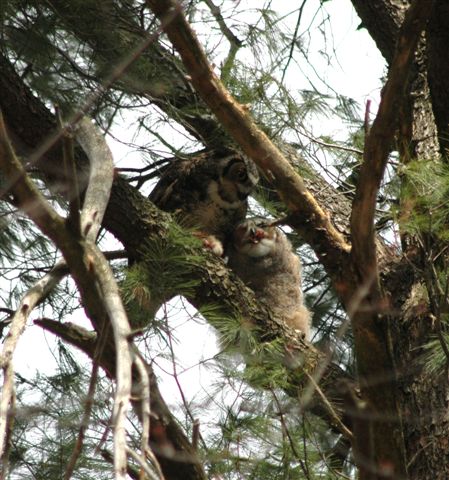 A few days later - both chicks were together high up in another tree. (4th photo, taken April 24th) 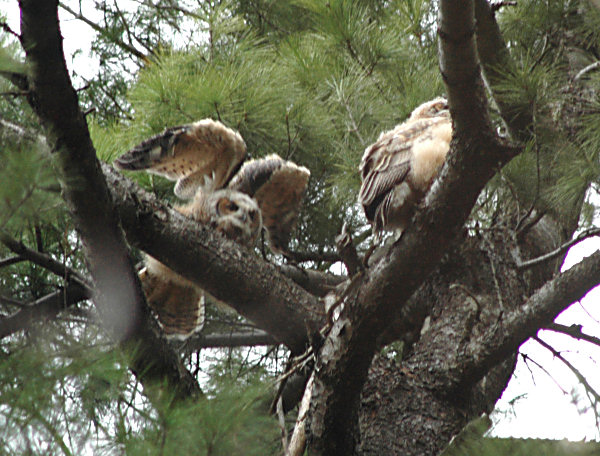 I was privy to something in Nature that I have never watched before. I can still hear the sound the adult made coaxing the young one to fly for its dinner. And the chick reminded me of what my own children were like as youngsters when you are trying to spoon food into their mouths... and they are too busy watching someone or something else.