Myth of the Tawny Frogmouth 'Owl'

When is an Owl not an Owl? When it is a Tawny Frogmouth!

This unwitting 'false owl' is responsible for much confusion in the world of Owls. The fact is, this bird is not an owl at all. Owls belong to the order of Strigiformes, while Tawny Frogmouths (Podargus strigoides) are sometimes placed in the order of Coraciiformes which, in Australia, includes kingfishers and kookaburras. However, in some other taxonomies, notably by Sibley, frogmouths are indeed included with Strigiformes but separated into a different suborder (Caprimulgi) and Infraorder (Podargides) than are true owls. [1]

The reasons for the confusion are plain to see. Here is a bird with the same mottled, cryptic pattern as an Owl, with wide eyes, and keeping the same nocturnal habits as many owl species. Further adding to the confusion is that the call of the Southern Boobook Owl (Ninox boobook) is often wrongly attributed to the Tawny Frogmouth. It is for this reason, that the Tawny Frogmouth is sometimes incorrectly referred to as a Morepork, or Mopoke. 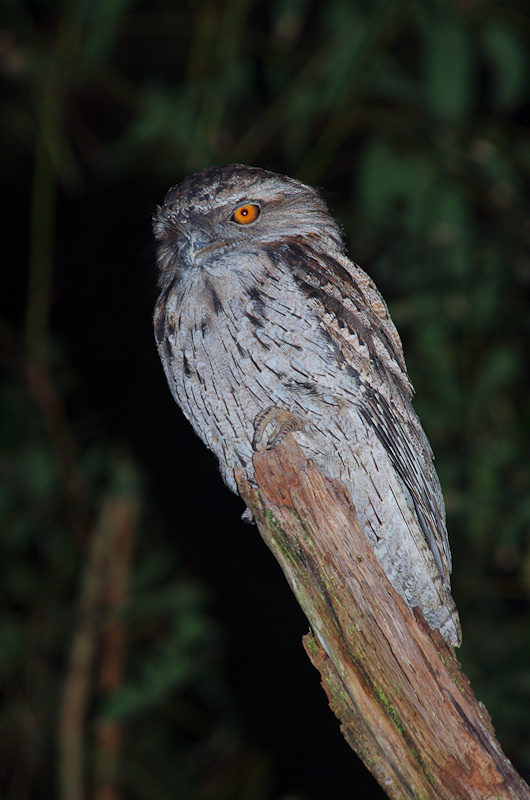 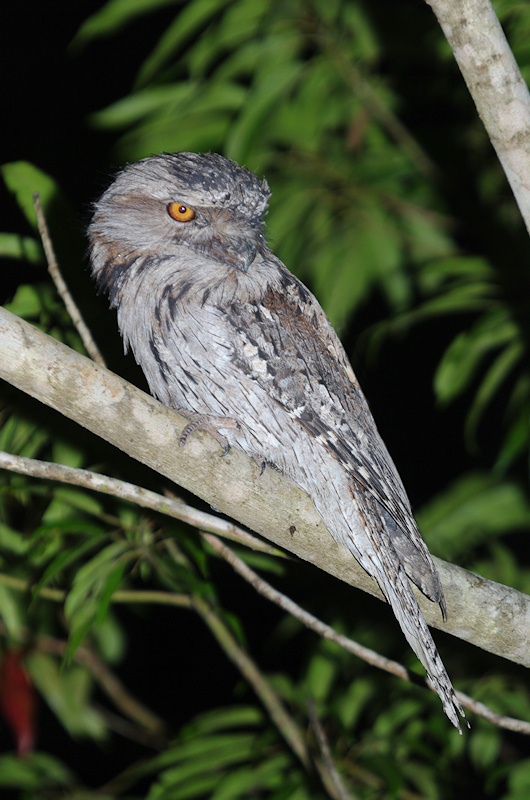 There are other species of Frogmouths and Nightjars that are often confused with owls, but the Tawny Frogmouth is the one most commonly mistaken for an Owl.

It is only with a closer examination that one will see the marked differences between these two orders.

Description: A medium to large frogmouth, pale grey and heavily streaked and mottled with darker charcoal grey. Upperparts generally dark with forehead and crown heavily streaked dark grey, with the sides for the head pale grey. Long feathery bristles above the base of the bill form a crest-like tuft in the midline. Back, wings and upper tail mottled dark and light grey with white spots on primaries. Underparts pale grey, finely streaked dark grey. Underwing very pale grey with indestinct darker barrine on primaries. The iris is yellow. The bill is blue-grey, slightly hooked, feathered to the tip, and extremely broad with a huge gape. Legs and feet are blue-grey and weak. There is also a rufous form.

Habits: Nocturnal. When alarmed, a frogmouth assumes a stick-like posture, with neck outstretched and feathers drawn tightly in to the body. 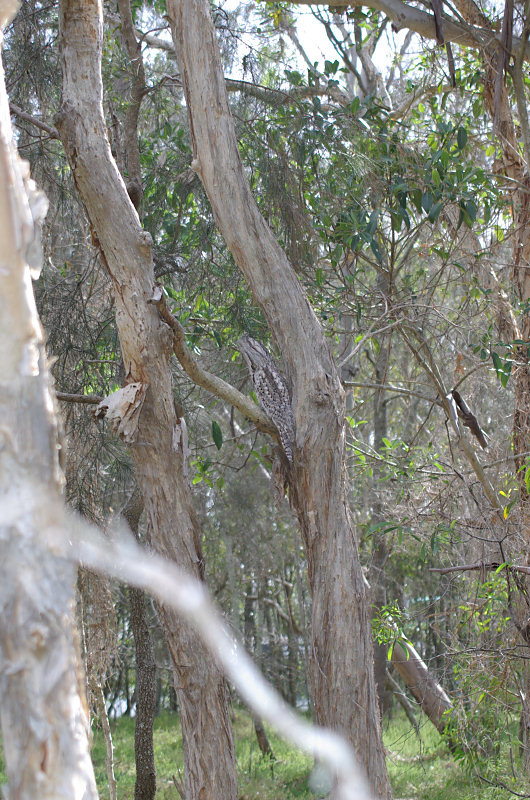 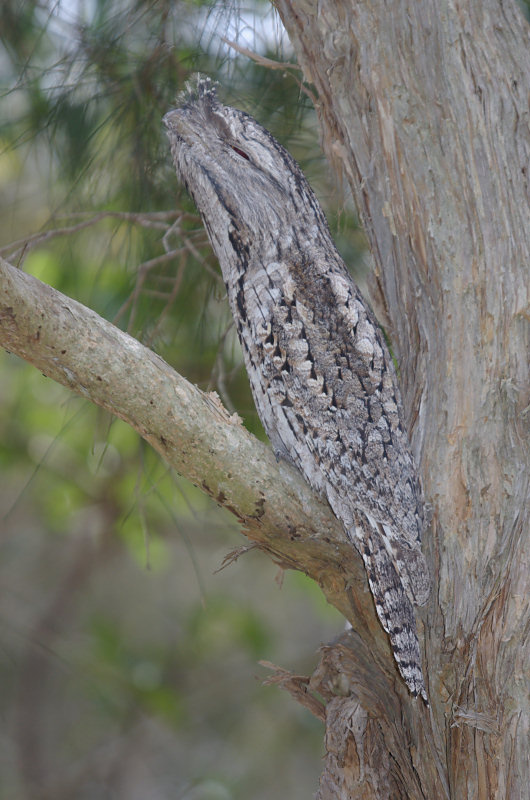 Voice: Typical call is a deep, resonant and ventriloquial 'oom-oom-oom-oom-oom' and a frequency of about eight calls in five seconds, with each 'oom' lasting about half a second and given in bursts of up to 30 seconds.

Hunting & Food: Mainly insects, arthropods, spiders, frogs, and sometimes small mammals. Prey is caught both on the ground and in the air with the large bill.

Breeding: Breading season is August to December. Nest is a flimsy platform of small sticks, usually built on the fork of a horizontal branch, but also in vertical forks, on top of grass trees, at the entrance to hollow spouts, and on the old nests of other birds. Lays 1 to 4 white, oval, slightly glossy eggs, which are incubated for about 30 days. Chicks fledge in 25-35 days.

Habitat: Almost anywhere in Australia where there are trees and some open spaces.

Distribution: The whole of mainland Australia, Tasmania and several of the largest offshore islands.

[1] Sibley places the two genera of frogmouths into different families. Family Podargidae includes the 3 species of Australian frogmouths (genus Podargus) which are found in Australia, New Guinea and adjacent islands, and the Solomon Islands; and the Family Batrachostomidae includes the 9 (previously, 11) species of Asian frogmouths (genus Batrachostomus) which are found from India and Sri Lanka to southeast Asia, the Phillipines, and Indonesia. 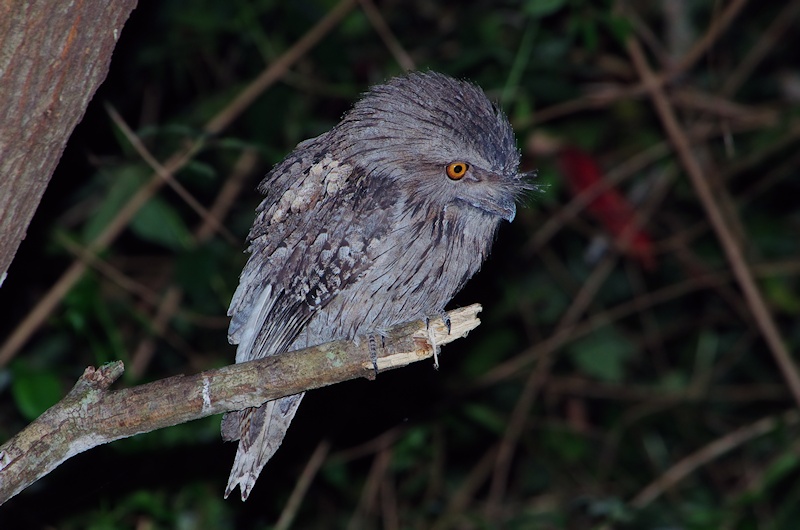